skip to main | skip to sidebar

The Write Club is Looking for Your Talent

The Write Club is currently seeking new members! We'll have you writing and on your feet in front of an appreciative audience before you have time to make one more excuse about why you're not doing that already. Contact Jane Morris 310 622 4026 for more information!

Who Are These People?

The Write Club members
Click on the performers name to find even more! 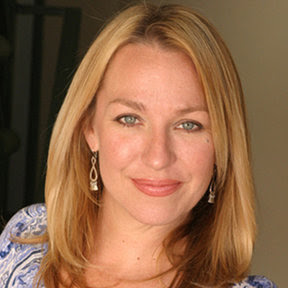 Killen's two person show (with Lisa Orkin) Fully Loaded sold out for over a year at the Upright Citizen's Brigade and went on to become a feature film directed by Shira Piven and Executive produced by Adam McKay/Sanchez Productions. Killen is also writing a feature film for Will Ferrell/Paramount Pictures. Currently, Killen is co-producing Mom's the Word with Cathy Schenkelberg at the El Portal Forum Theatre in North Hollywood. 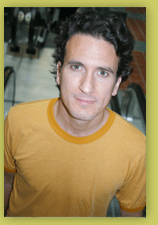 Antonio Sacre is an internationally touring, award-winning solo performance artist based in Los Angeles. A two-time Best In Fringe Festival winner at the New York International Fringe Theater Festival, Sacre has created eight solo shows, performing them to critical and popular acclaim at the New York International Fringe Festival, PS 122 and PS NBC in New York City; the San Francisco Fringe Theater Festival in San Francisco; the HBO Workspace, The Comedy Central Workspace, the Knitting Factory, Edgefest, and Area 51 in Los Angeles; the Museum of Contemporary Art and the Rhinoceros Theater Festival in Chicago; the Kennedy Center and the Smithsonian in Washington DC; and various festivals internationally.

Antonio Sacre has been with the Write Club for the last year. 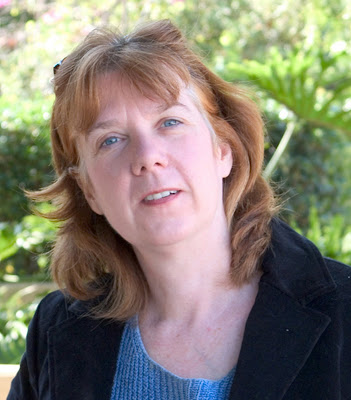 Jane Morris Founder of the Second City ETC stage in Chicago, Jane is a writer, performer and director. She has taught improvisation for the Second City and in her own venues for the past 20 years. Dubbed "The Harriet Tubman of Comedy" by friends, Jane and her husband Jeff Michalski have owned and operated UpFront Comedy and the Comedy Underground in Santa Monica and is currently the owner and managing director of the fanaticSalon in Culver City. She has been performing with the Write Club for over two years.

For Jane's full list of television and movie credits, visit her IMBD page. 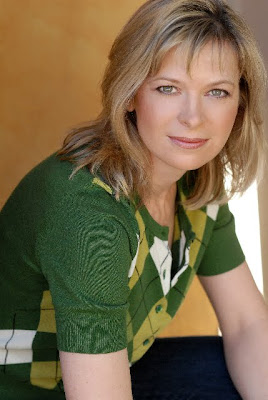 Bess Fanning Since moving to Los Angeles in 1996 Bess Fanning has had television roles. She has been seen on NBC's MY NAME IS EARL (white trash female wrestler), PROMISED LAND (a harried HMO doctor) and a recurring role as Karen's sassy assistant on the critically acclaimed ONCE & AGAIN on ABC. She also recently co-starred on the Web Series “Quarterlife,” directed by Eric Stoltz. In the film short "The Recipe," she played a wife who exacts revenge on her philandering husband by adding a special ingredient to the lasagna. Some of her commercial appearances include Progresso Soup, Singulair, Special K, and Hardees. New additions to her theatre resume include Susie the nurse in WIT, Nadine and Juanita in DEARLY DEPARTED, and Lovey the Fairy Godmother in LOVE IN PIECES. Bess has written several one woman shows and performed them locally in Los Angeles. She also recently wrote, Executive Produced, and starred in “An Excellent Choice,” a short film that was accepted to three film festivals in 2007, including the Newport Beach Film Festival and San Diego International Film Festival. For more information on the film, visit www.AnExcellentChoiceTheMovie.com.

Bess has been performing with the Write Club for two years. 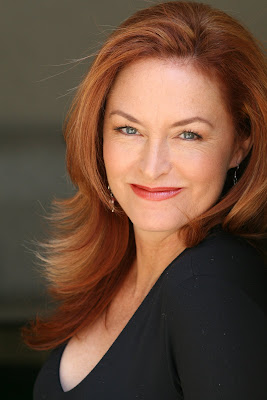 Clara York began writing poems and leaving them on her mother’s bed during an identity crisis at age 10. She wrote and produced her first play, ‘Pressure Points’ for Theater of NOTE. Her second play, “The Stain” received critical acclaim during its run at The Alliance Theater. She appeared with really big hair on Night Court, Wings, Mad TV, CSI, Days of Our Lives and some horror flicks before moving to the bay area where her husband attended law school. Clara didn’t tell her agent about the move and commuted to auditions in L.A., also working as a petite model, and in commercials and theater in San Francisco. After 3 years in the Bay Area, Clara moved to Chicago where she enjoyed her richest and most profound theater experiences. She performed with the Terrapin Theater Co., at Café Voltaire, and at the Red Bones Theater. While in Chicago, Clara also guest starred on “The Untouchables.” After returning to L.A. shortly before September 11, Clara and her husband wrote and produced the full length feature ‘Man with a Red Moustache.’ It was carpe diem times two: the world might be ending and they were going to have a baby. After the movie was in the can, they went to China to get their daughter. Now Clara happily receives notes and stories written by her daughter age 8 and braces herself for her daughter’s upcoming identity crisis. 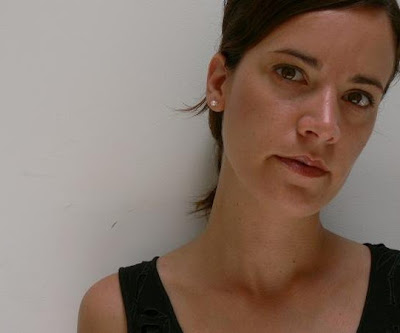 Jessica Lee Williamson is one of the Write Club's newest members. She grew up on Maryland's Eastern shore, in a small town best known for it's super sized Dairy Queen and Annual Water Foul Festival. She graduated from The Second City Conservatory in Los Angeles, but has yet to earn a bachelors degree. She loves making things and writing too, you can see more of her work 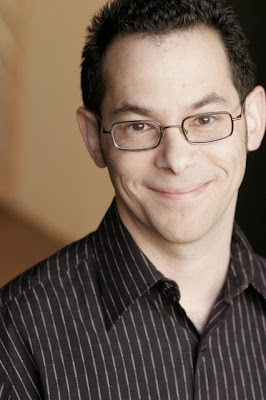 played with a live funk band, which also released two CDs of original songs. James has written and/or directed several short films, including "Roadside Sex", "The Seventh Man" and "In Search of Work". (Watch James' short films here.) As an actor, he appears in "Oceans 12", guest starred on the series "The Untouchables", and navigates his way to nowhere in "Brit In". Additionally, he has done improv with the Upright Citizens Brigade and in Chicago with the Improv Olympic and the Annoyance Theatre. James performed in countless Chicago theatre productions, such as the long-running Barto Productions' "Under Milk Wood", and several with Famous Door Theatre, including the American premiere of "Conquest of the South Pole". James has performed with the Write Club since January 2009, and is also the de facto Write Club photographer. 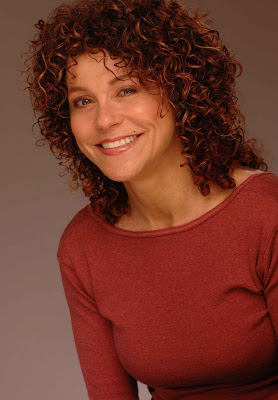 Lauri Fraser is a voice over actress, writer and creator of "I Love a Good Story". She is the voice of Jane Jetson and can be heard on cartoons, animated features and commercials, and most recently as the voice of Earth on Eikosphere. Just as Superman paid the bills as a newspaper reported, Lauri's real world disguise is as a hair stylist and colorist in Beverly Hills. She is also a real cool chick, according to her imaginery friend Carlotta. Bookings: Imperium 7 323 931 9099. Hair: Tina Cassaday's Hair Studio: 310 271 1591.

Meleney Humphrey aspires to walk in Jane Morris’s footsteps since Jane was one of Melaney's first teachers at Second City way back when. There, she followed Jane to Upfront Comedy where Melanie began her illustrious stage career.

Starring in an off off (Award winning) Broadway production of “Blake da Muscial”. She has toured with the Troubadour Theater Company and starred in such productions as “Romeo Hall & Juliet Oats” and “Midsummer Saturday Night Fever’s Dream”. She played a porn star in “Shitty Day” and won an award for “Butt Pirates of the Caribbean”. Yes, adult content is what she loves best. Stand up is where she shines and doing that for the last 10 years has brought her to the Write Club (4 years ago) under the direction of Paula Killen. Paula has taught and has inspired her to write her bawdy stories more …eloquently. 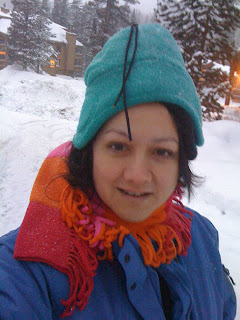 Shelley Wenk is an actor, a director and sometimes a writer. In addition to working with Write Club, she has done lots of improv, was a writer and performer with the sketch comedy group Foe Pa, and was a founding member of Sacred Fools Theater. Now she's a mother, which means less time for all that other stuff for now. But it ain't over 'till it's over. 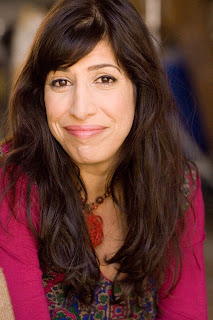 Writer-performer Lisa Ann Orkin started her career as a classically-trained actress in London . Then to Germany , acting and dancing in various German State Theatre productions, including Evita, Loves Labors Lost, and The Boyfriend.

Arriving in Los Angeles, Lisa joined The Renegade Theatre Co. and Actors Alley, performing in everything from Shakespeare to musical comedy.

On a dare, Lisa auditioned for KFI AM640’s Stand-up Comedy Contest and won a case of fat-free wieners. Soon Lisa was paid regular at The Comedy Store on the Sunset Strip, leading to numerous episodic television appearances. Guest-starring roles on Becker, Titus, and a recurring role on Keenan & Kel paid the bills. ABC Nightly News featured Lisa with Peter Jennings in a politics and comedy discussion.

In the past few years, Lisa has enjoyed her popularity as a Comedic Storyteller, performing in such live LA venues as UCB, Tongue and Groove, Story Salon, Tarfest, Max Ten, and NPR Radio.

Lisa has also developed and staged a series of Storytelling / Rock & Roll Musicals.

Most recently, Lisa completed filming of her feature, Fully Loaded, based on the stage production of the same name. Lisa co-wrote and stars with Paula Killen in the film, produced by Adam McKay and Will Ferrell. 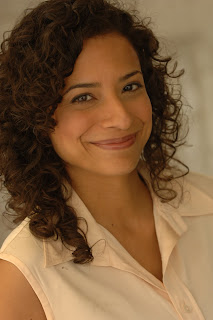 is a actor/writer of 20 years that has worked in Puerto Rico, New York, Chicago and Los Angeles. Her television appearances include Law and Order, Everybody Hates Chris, 100 Centre Street where she got to meet the wonderful Sydney Lumet and Third Watch. She’s also appeared in numerous commercials. The writing started way back in highschool where she wrote and performed her own award winning monologues. Rose has worked off and on for the past 10 years with Paula Killen and she has been a member of the Write Club since 2008.

Posted by fanaticSalon at 6:32 PM

Writer, Director, Performer and head of the Write Club

DEADLINE IS BACK!
Beginning July 23rd and culminating in a performance of YOUR NEW PIECE Monday July 26th! Walk into this intensive workshop on Friday and walk onto the stage at the fanaticSalon on Monday with a polished performance piece.
Yes, she's that good! Click Paula's picture for details. 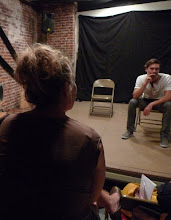 The Write Club is an invitation only workshop, but we'd love to invite you. Click on Paula's picture to find out how to contact her, or call Jane Morris at 310 622 2046. 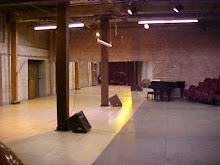 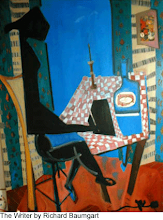 When we want great footage of our work, we turn to Viktor Metelev and Rusty Gaidzik and their company "RustyCan Productions". The best editors of live comedy we've found in LA! 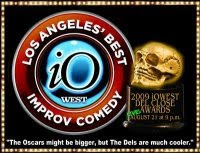 The Write Club plays the first Friday of every month at the IO West in Hollywood. Click here for information about IO West.

Read what folks have to say about a Write Club performance. Click on the testifying man below.